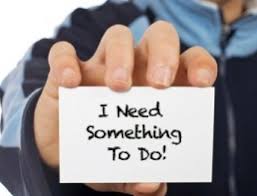 The narcissist’s brain served human kind well in the long distant past.  It is completely selfish, reactive and lives in the moment (no capacity for future planning).  That was great when we were more “primitive” and constantly under attack from predators. It is a primitive primeval brain that is focusing on getting what you can get (from others), where you can get it and by whatever means.  This type of behaviour simply isn’t appropriate any more.  It is an attitude for the unevolved; people without a sense of community or society, with no emotional intelligence or conscience.

They genuinely do not know what is going on in their own heads and can flip and contradict themselves in an argument without even noticing that they have done it.  Deep down they must know that they are not who they say they are, otherwise they wouldn’t need such a highly charged and explosive defence system.  No one with a true sense of self would think that it was okay to put on haughty airs and graces, acts of grandiosity, arrogance and constantly state that they are superior to others.

Narcissists have completely numbed out from their emotions (with the exception of emotions like anger and jealousy).  It is as though someone has pressed their emotional mute button.  As a consequence, they do not have access to the colourful emotional palette that the rest of us experience.  They completely miss subtle nuances in communication between people, they are never absolutely certain about how they should act and are hyper vigilant about taking cues from others.  Because they cannot feel they are never satisfied so they are either on a perpetual quest to find admiration or drama of some sort.  The drama always has to be turned up high, because that is where they get their buzz.  If getting drama into their lives involves abusing someone (either to their face or behind their back) starting gossipy rumours or doing something illegal, it is deemed okay in the mind of the self-righteous narcissist because they are always right.  When face to face they get satisfaction from seeing pain on someone else’s face after they have offended them in some way and many narcissists prefer the look of pain to happiness, because pain makes them feel powerful, whereas happiness could be just seen as the other person being in a good mood.

The reality of course is that they narcissist cannot love themselves and as such they can only “love” their projected image and to do this they have to be masters in the art of self-deception. Part of this self-deception is being very judgemental and using their projected low opinions of others as a tool to buoy their own fragile ego up.

If someone even accidentally says or does something that the narcissist finds offensive, they will go on a “counter attack” with a ridiculous amount of rage.  Because narcissists are so fragile, those around them will usually try to avoid confrontation and stay away from controversial arguments and opinions.  So they stay with superficial topics and ideas because it is just not worth arguing with the narcissist.  Their inability to delve deeper into their conscience and their lack of curiosity also feeds their boredom.  They do not have an “inner life” as such.  For them it is all about maintaining their self-image and being judgemental and critical of others. It is not good enough for a narcissist to be good enough, they always have to feel that they are vastly superior to others, as you can imagine this takes a lot of work, which is one reason why they are so determined to preserve their false persona at all costs.

They will often talk about something with total conviction that they know absolutely nothing about.  They may try to give lessons to a French teacher in their woefully poor French and be oblivious to how inappropriate they are being.  They might assume path finder on a mountain trek without having any idea where they were or where they were going.  Reality, and what they are actually capable of doing are completely disconnected.  However, they will enjoy the drama of getting lost on a mountain at dusk, pretending that they are in control, and bickering, all stories long and short will be shared about the “adventure” at a later date.  The conviction with which they say that they know what they are doing makes people believe them, why would you say something like that unless you were absolutely sure, the answer is attention, it is always about attention.