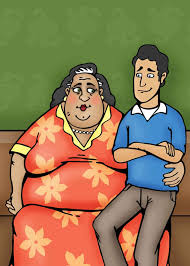 According to Wikipedia Emotional Incest is a style of parenting in which a parent looks to their child for the emotional support that would be normally provided by another adult. The effects of covert incest on a child when they become adults are thought to mimic actual incest.

That is the simplest form of emotional incest, it also includes being a parent’s most important source of support (even above that of their spouse) and children from a very young age are forced to put the needs of their parents before their own.  Unlike the damage from physical or sexual abuse emotional incest is very difficult to identify.  It can be couched in care and love but the real intention is to get control, admiration and attention.  As a result of this children of emotionally incestuous families are rarely feel safe, or are given guidance or discipline.  The parents will often maintain that they are being liberal when in fact they are being extremely abusive and neglectful of their off spring, who are exposed to responsibilities that are far too great for their actual age.

The selected child(ren) will often feel special because of the extra attention that they are receiving from their parent.  Parental attention is a limited resource and if one child is given more of it than their siblings it will lead to them thinking that they are entitled to it.  However, there is a cost to the child for this special attention:

Emotional incest from one or both parents, makes it impossible for that child(ren) to set healthy boundaries and to get their own needs met.  It is highly probably that these children will go on to have adult relationships that might well be abusive in the same way, where the adult child always puts the needs of others before their own.  Children can often feel guilty because they are unable to understand or meet the emotional needs of their parents and their parents will let them know that they are not “doing their job properly”, these feelings will remain with them into adulthood if they go unchecked, feeling that they are not very good at love or indeed life.  Being okay is never “good enough”.

In adolescence and adulthood they are likely to be tormented by toxic shame and guilt coupled with resentment because they were delegated a “job” that was completely inappropriate and they were far too young for, as children they were never let set boundaries and say “no”.  Even if they might not have to vocabulary to express their sense of injustice/abuse, they will know that there was something very wrong in the family dynamic.

The whole family unit is effected by emotional incest.  The parent(s) become enmeshed in the lives of their children frequently using them in a game between themselves that their children cannot possibly understand.  The Golden Child will be the favourite of the parent, the one who can do nothing wrong, is very cossetted and always over protected.  Very often the mother will have one golden child and the father will have another (often opposite the sex).  In this situation, the mother’s golden child with become the father’s scapegoat child and the father’s golden child will become the mother’s scapegoat.  Sometimes a spouse is excluded from the family unit deliberately to have the child(ren) exclusively in orbit of one parent.  The spouse that has been shut out might turn to workaholism, alcoholism, hobbies or affairs just to avoid an unhappy home life.  It is more than likely that the excluded parent will be blamed for “never being there”, because as always with narcissists it is never their fault.

It can also happen that a child can be forced into a double role with their parent(s) for example they can be expected to play the role as the admiring/romantic/flirty “lover” and parent at the same time.  This is very confusing to the child as they are never sure which role they are expected to play and it will hinge on the mood the narcissist is in and the company they are keeping at the time.

The narcissist parent will tell their golden child all types of secrets and intimacies that the other children will not be privy to.  The child(ren) who have not been confided in will feel like there is something going on behind their back and this will just broaden the divide between siblings.

There is another type of emotional incest and that is between siblings, where one sibling parentises another, this is a much more intense relationship than “just looking out for the younger ones”, it happens when the parent(s) are emotionally unavailable and a younger sibling looks up to their older one for guidance and comfort.  If the older sibling is narcissistic themselves they can “take care” of the younger one(s), but it comes at a price and that is that they are used as supply, and also enslaved using the model of the narcissistic parent(s).  This dynamic will almost certainly continue into adulthood.  The younger (although not necessarily) sibling will be expected to do exactly what their older sibling tells them to do, even as adults.  This can also occur if one or both parents die prematurely.