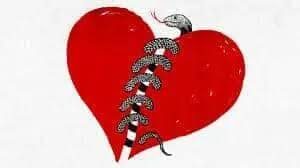 The answer to “do narcissists have a heart?” is tragically a resounding NO.  They are what we would call skin deep.  They can charm, be pleasant, wear nice clothes, compliment and be witty but this is all an act, underneath the image there is a void, they are not real and not who they pretend to be.  Narcissists tend to see life as a game or a film, where they are always the protagonist and everyone else is orbiting around them (ranging from fellow actors, directors, producers and the wardrobe and make-up people) not to mentions the entranced audience that is full of praise and adulation.  Everyone they encounter is graded in terms of their usefulness to them what counts as useful is admiration, attention, status, fame and money etc.  If you cannot provide them with an attribute that they see as enhancing their world, well then you are of no use to them and they will just dismiss you.  A classic example of this is mistaken identity, they might have been told that someone was really important and they were fawning all over that person maybe for weeks, then they realise that that person is not narcissist’s level of important they just drop them without a word of explanation (what could they say?), leaving the other person, who thought that they had just met a soul mate (narcissists are very good a mirroring what they think the other person wants to hear) reeling from shock and wondering what went wrong?  Was it something I said or did?

Narcissists just love the word “love”, if you start a romantic liaison with a narcissist they will tell you that they love you after a very short period of time.  This is because they see you as a potentially good source of supply for them and they think that if you think that they love you, you will drop your guard and be less analytical of some of their behaviours (which are quirky at best). You will be flattered and blinded by the determination and seriousness that they push the “I love you, you are my soul mate” message home.  You think it must be true since they are saying it with such fervor and conviction. They do love you but only for what you can do/provide for them.  Stop serving their egos and you will see exactly how deeply they loved and were committed to you.  They will cut you from their lives in a heartbeat and will consider you to be an idiot for believing them.  Remember nothing is ever the narcissists fault, so it has to be your fault for seeing them as being authentic.

Narcissists wear the mask of their false self all of the time, except when they are abusing someone.  Abusive people do not abuse everyone, there might only be one person that they abuse and that usually their most intimate relationship because the more you see a narcissist the more you can see the glitter drop off bit by bit. To a narcissist this sort of revelation is like a character assassination (on their false self) and so they would rather be extremely abusive instead of letting their mask drop , they will go on the offensive and everything will be your or someone else’s fault. The lengths that a narcissist will go to protect their image are astonishing because they invest so much time, energy and money into an illusion, an illusion that only matters to them because beneath it all they feel that if their authentic self was seen, they would dissolve like a fizzy tablet and become pedestrian, flat and they would have to face their true self and all of the pain and anger that that person has held at bay with this lifelong performance/dillusion.  The reality is that a narcissist cannot process their emotions because they have got stuck at a very early stage of emotional development.  Therefore, any “feeling” that they don’t know what to call or what to do with they simply project it out on to someone else.  They feel envious of someone therefore, that person is envious of them.  They only really understand the “big” emotions, they are completely unaware of the more subtle emotions and their emotional language is very limited and very black and white.

So narcissists go through life without every truly loving anyone and never being able to feel love from others because in a sense they don’t have anywhere for that love to land.  It is a sad reality for them and those who have to navigate around them – but just because it is sad it doesn’t stop them from being dangerous and ruthless. You could offer them all of the love in the world, but that wouldn’t change a thing, they wouldn’t appreciate it because they are empty inside and when they are not the centre of attention or playing tricks/games on someone all that they can do is look into the abyss.

Narcissists have practically little or no self-awareness, they never question themselves, their beliefs or their lies, so they are who they need to be in the moment.  It is only when one gets to know them in various different settings that you can see the discrepancies in their behaviour, values and so called interests. If they notice that you have noticed because you are giving them a “that is not what you said the last time” look, they will cut you out of their lives unless you try to redeem them and help to reinstate the mask.  They live in a parallel world, they are always right, they always have the answer to everything no matter what, if something is less than “perfect” it is never their fault and they will always tell you who they are, they cannot just be and let you work it out for yourself, because that would be relinquishing control and risk you not seeing the image that they want to portray.  They genuinely believe that they are more talented, clever, beautiful and popular.  There is no point in even attempting to have an argument with a person who believes their own lies.  Never get into an argument with someone who is not emotionally and intellectually mature enough to make it worth your while.  They are still infants and have a Peter Pan complex that never goes away.