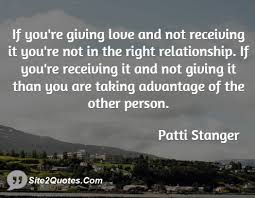 Narcissists have three main currencies that they value and they are:

Are not traits that the narcissist values.  At least not with their dealings with other people, they will expect other people to exhibit these traits towards them.

Every act of generosity from a Narcissist is a purchase, either to bolster their public image, to buy credit in terms of favour from others or to buy access to someone (as in the love bombing stage in a potential new “relationship”) or to improve their public image, such as a charitable donation.

If you have grown up in a narcissistic family of origin, you can very often feel unworthy of receiving from others.  This is not just in a material but also in terms of accepting

The reason for this is that asking for things sends you into an emotional flash back of being refused things when you were a child, the flashback is not conscious but the feeling of fear resonates from when you asked and were refused by your cold and neglectful parents for the fundamental things in life such as a cuddle, to have friends over to play, bring you do the doctor when feeling sick, comfort you when you felt scared or pick you up when you fell over.   That is why so many children of narcissistic parents “know” that they need to over compensate to get a small amount of “love” or attention.  You feel like it is always up to you to do all the running in relationships and that if you don’t everyone will walk out of your life and you will be alone.

Narcissists are very attracted to people who have this programming and can select them in their usual predatory way.  A child of a narcissist will very often feel empty if they give to/take care of themselves because they will have been taught that if they are not constantly focused on their parents, siblings or the needs of others (to create a good impression for the parent(s), i.e. “such a good, kind generous child, so well brought up) that they are being selfish or “naughty” and will almost certainly be punished.

The narcissist parent(s) will also have programmed the child to know that since they have a roof over their head and food on the table that they child is indebted to the parent(s) in a way that they know they will never be able to repay, they are also taught that they are a guest in the house that they live in and they have no rights in that house (in short, they have no home).  This feels like entrapment, is very unhealthy and suffocating for the child because they have no escape, they are hostage to their parents/family.  It is made known that the parent(s) can call in their “credit” at any time, irrespective of the difficultly, fear or compromised position it puts the child in.

So if someone gives to someone who had been brought up in this way, that child will feel safer if they over compensate in their giving to avoid having their independence robbed and being put into a state of ownership by someone else.

The problem with this is that over giving makes it very easy for people to take advantage of the giver (not only narcissists).  Takers will never stop taking, that is what they do.  It is up to the giver to put down the boundaries on your time, attention and resources otherwise you will end up emotionally and financially impoverished.

At the beginning of a “romantic” liaison with a narcissist, they might tell you “you are too independent, it doesn’t feel like I can do anything for you”, what this really means is “I don’t feel like I can control you”.  It is a manipulation to get you to depend on them and once you do they will immediately reduce their abundance of giving and you will have to give much more as time goes on to get the same return.  This will leave you feeling completely deflated as you will never be able to do enough for the narcissist because they will keep pushing the bar up higher and higher until one day you will realise that you have nothing left to give.

The other thing about narcissists is that they are really bad at sharing things.  The do not get the concept of sharing or negotiation. This unfortunately can often include children and lead to the parental alienation of one parent.  A narcissist will give or not give, but compromise and negotiation do not sit well with the narcissist mantras of “Me, Myself, I”, “Mine, Mine, Mine” or “Win, Win, Win”.  If a narcissist gives they consider it a purchase, if they choose not to give it is because they cannot see that there is anything in it for them.  It doesn’t matter how desperate the other person could be, how closely related they are to the narcissist or how easily the narcissist could afford to give the other person what they want if they cannot see any personal gain in giving, then they simply will not do it.

If you meet a non-narcissist you may feel uncomfortable with a situation of equal give and take.  However, if you don’t let people give to us it feels to them that a barrier has been put up (and they are right) and so they will never really bond with you.  Giving and receiving makes most people feel connected and not purchased.  Giving for most people is not paying off a debt or buying credit to maintain independence and avoid “ownership” by the narcissist.

“We are sitting on top of a vast cultural and historical pyramid of accumulated misconceptions, lies and myths.”  Bryant H McGill

One of the many big myths that exist is that ALL MOTHERS LOVE THEIR CHILDREN, this simply is not true, narcissistic mothers do not love their children, their children are merely props for their own stage act.  A narcissistic mother will force their child(ren) to putting the needs of the mother in front of their own needs at all times, no matter how distressed the child might become as a consequence of being forced to do something.  They will do this through punishment for non-compliance, threats of abandonment (a death threat to a child) and emotional/verbal/physical abuse.  They do NOT care about the well-being of their children.  Society will not let us entertain this concept, we are supposed to revere our mothers and be perpetually grateful for the sacrifices they made.  One size does not fit all and with narcissists it is absolutely the truth.  It is okay to face up to the fact that your mother did not love you, it is not your fault and you absolutely do not have to feel guilty for acknowledging it.

BEING POLITE AND WANTING TO HELP OTHERS IS ALWAYS A GOOD THING.  Narcissists depend heavily on the fact that the people who they select to be their victims will be bound by an inherent sense of politeness and wanting to do the “right” by others to manipulate them and to make them to bend to their demands.  However, if the person is too polite it will create porous boundaries and leave them open to abuse.

SHARING IS CARING.  Being generous with a narcissist can be dangerous as they know no limits when it comes to taking.  One of the things that a narcissist will do is to drop hints that they really want what you can give them, be it time, energy. money or favours.  If you refuse their request they will go into bargaining mode.  So they might say “If you are not going to help me paint my house all weekend, will you at least give me a hand on Sunday”.  Narcissists do not like to share, some can be quite generous (when they feel like it), but the give and take aspect of sharing does not appeal to them.  A narcissist when asking/demanding a favour will redress it or reframe it as though they were doing something generous for the other person.  So, they might say something like “I thought I would leave my dog with you this Christmas as I am going away and I know it is a horrible time for you to be alone”, if they are answered “No, no it is okay, I am going to be out a lot and won’t be around to take care of him or her”, “don’t worry, s/he will be fine, so long as you feed him etc.”  “no really, I don’t think that I will be around enough”  “No I insist, I wouldn’t dream of letting you be alone at this time of year”.

IF YOU THINK IT IS ALWAYS GOOD TO TAKE CARE OF OTHERS you are wide open to narcissistic abuse and they will sniff you out a mile away.  Narcissists are predators, they are on the search for “easy” prey all of the time, they will be testing your boundaries (if they are in predator mode) from the first minute that they have met you.

NARCISSISTS WORK REALLY HARD TO PROVIDE FOR THEIR CHILDREN a narcissists see business as they see all of life, as a game they are determined to win.  When they say they are working really hard to provide for their family, it is justify being out of the house and away from their family all of the time and trying to make it look like something virtuous.  They are working to “win” (at business) and if that means neglecting their family, that is fine with them.

TO HAVE ISSUES AROUND TRUST IS A “BAD” THING If you have been abused by a narcissist it is perfectly natural to have issues around trust.  This is a healthy response to a traumatic situation, in the sense the next time you encounter a new person, you will take your time and will let that person prove that they are worthy of your trust through their actions, not words and not by blindly believing how wonderful they tell you they are.

TO JUDGE OTHERS IS A “BAD” THING Of course judgement is not a bad thing, if you were going to jump across a river you would judge the width of the river, the intensity of the current if you did fall in, whether or not the river had crocodiles, the height of the drop from the river bank to the actual body of water and the depth and cleanliness of the river water itself.  Not forgetting your own fitness/capacity to jump.

So, it makes absolutely no sense not to judge the character of someone else, to judge if they are compatible or “right” for you.  Your judgement will not be one of right or wrong, good or bad, nice or not nice.  It is the use of our capacity to judge that has kept the human race alive for so long.  To judge is a very different from being judgemental.  When you judge you are judging “is this person a good fit for me”, “how do I feel around this person” (not how does s/he make me feel), “do we share the same values” “how well can we communicate”.