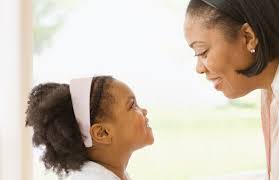 Most parents know that talking to their children is vital for their emotional and intellectual development, however, there are very different ways of talking to your children.  They basically fall into 3 groups:

Having a conversation with them

The favourite way of the narcissist is talking “at” their child.  This way they do not invite an interaction or give space for their child to hold an opinion that in any way contradicts their own or to express any individuality/independence.  We know that narcissists are very competitive and so they will often use language that is too complex for the stage of development of their child.  This is so that they can feel “better” than their child by confusing them with age inappropriate language.

An MIT study has shown that children from wealthy families hear far more words than those from poor families.  However, it is not the amount of words that a child hears that is important it is how they hear them that matters.  What matters is “conversation” speak a little and listen a lot, this has been proven to be crucial factor in their ability later on in life for inter human relationships and their ability to socialize make friends and create firm and fulfilling relationships.

The number of words that a parent had didn’t seem to matter at all to the brain development of a child, it was how those words were delivered that was crucial. It was the back and forth delivery that mattered, when a child is allowed to converse with their parents, that child feels heard and this has a huge impact on how their brain develops so as a result it also has an impact on how the child feels about themselves – self-esteem, confidence both personally and socially.  The more a child feels listened to, the more confident in themselves they are.  This has a huge impact on a child in later life as it has a massive impact on their happiness and success.

But that is not where it ends, because having a back and forward chat with your child also helps them to understand what other people are trying to say, which is very different from just listening and as such helps to develop their empathy and in return will help them to develop healthy relationship all through their lives.  This is not just an inter human relationship because it also relates to their relationship with inanimate things which translate into addictions of one sort or another whether it be drugs, shopping, working or fitness.  They are all counter intuitive for healthy inter personal behaviours, if a child does not feel that they are heard for who they or and they do not have a voice they will look for solace somewhere else, somewhere “less dangerous” where they feel “legitimate”.

This is an example of how and why a narcissist parent starves their child of freedom of expression and the consequences of such a loveless “parent”.