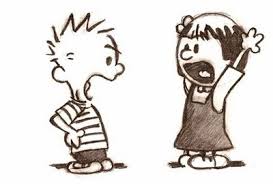 When arguing with narcissist it is important to know that you will never “win”, they will argue in an incoherent way and you will be left wondering “what just happened?”. They are deliberately destructive in their approach and are in the argument to win.

Here are some of the techniques that they use: