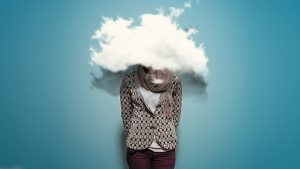 Emotional blackmail is one of the narcissists favourite forms of manipulation.  FOG stands for Fear, Obligation and Guilt, they use it to threaten either overtly or indirectly, to quietly punish you for non-compliance to their demands

Remember that you are always dealing with a narcissists sense of entitlement emotional blackmail is the used because they are unwilling or unable to make a direct request for what they want.  Why should they have to bother?  They are entitled to what they want anyway and a direct request would involve you doing them a favour (which to a narcissist means they would be in debt to you in some way).  They cannot negotiate either as that means relating to the other person and their situation and needs.  The narcissist is not interested in either, they just want what they want and they usually want it now!

Emotional blackmail in intangible, there is no logic to it and the leverage that they use will be something that you feel is instinctively wrong (gut feeling) but they will be so convinced that they are right and entitled that it is easy to think “if they are so certain maybe I am missing something” or “if they feel that strongly about it”  The other thing that they do is provide very mixed messages,  such as “you are not making enough money, the Smiths next door have just bought a new car/gone on holiday”, you work harder and longer hours  and you are met with “you are never at home/you don’t spend enough time with the family”.

If you pull them up on the fact that they cannot have it both ways, they will see your standing up for yourself as insubordination/criticism and you will be met with rage, sulking or storming off (followed by some sort of punishment), it is a complete double standard and you will always be wrong in the eyes of the narcissist.  They will use all kinds of “tools” to make you in the wrong in their eyes and make you doubt your sanity and theirs.  The temptation is to just go along with what they say for the sake of a peaceful life.  This approach does not work with a narcissist because they just push the boundaries out further, remember they are always looking for drama and love to evoke emotion in others.  You will never be able to satisfy a narcissist, there may be moments of calm but these are fleeting and if they think that you are relaxing in the relationship they will definitely go on the offensive again.  They want you to be hyper reactive and in a perpetual state of danger management, it makes them feel powerful and it does not happen by accident it is designed to confuse and keep you off balance.

The blackmailing only works if you comply, the narcissist will make a demand either forcibly or subtly “You have to do… ” or they might just say it with their “little voice” peppered with sighs so that you ask “what is wrong” and then they reel you in implying that s/he will get sad, sulky or angry if you do not meet their demand or will make the demand after they have reeled you in “I would feel so much better if you would just do…”

You might not want to rush to their aid (again) but they will manipulate in two ways, you will feel sorry for them or you don’t like neglecting your friends/partner in their hour of need.  Your line of reasoning could be “if I called a friend when I was THAT upset, how would I feel if they turned me down”, the reality is that they are acting and you would never get so upset by trivia like a narcissist does, but the same rules do not apply.  They have just violated your boundaries a little further and this is a win for them.

If you try to get out of what really amounts to obeying them, they will put on more pressure either by being melodramatic or by pushing on one of your vulnerable spots.  Again this can be either direct or indirect depending on what they think will be more effective.

When you obey their demands they know that their manipulation has worked and they will employ it again and again in various ways.