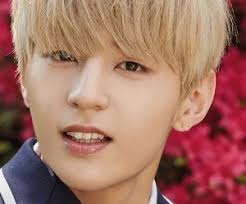 The narcissistic parent(s) have one or more favourites in their family unit and these are called the golden child(ren).  This child can do no wrong will be highly protected and cossetted and decidedly more cherished and praised than the other off spring.  They will always receive the bulk of the resources within the family, such as food, attention/affection, respect/privileges and often the vast bulk of any inheritance.  The golden child will be protected so long as they do exactly as the narcissist parent wants (these wants will very often not be vocalised, so the golden child will be constantly on high alert looking for subtle cues that will alert them to what they “should be doing”).  The constant threat of demotion, makes that child hyper vigilant of the activities of his siblings and will often act as a go between for the parents needs to ensure that every member of the family is putting the parents needs before their own.  This is called trauma bonding, the golden child can see how the other siblings are treated and will do anything s/he is asked (told) to do to maintain their privileged status.

The parent will also insist that all other members of the family take care of the golden child’s needs and do nothing to upset them.  This could be anything from getting into an argument or out-shining them in any way (at school/sport/career/seeming to be more popular etc.).

The way the golden child pays the narcissist parent back (as a narcissist never does anything that does not have a personal gain) is to protect the parent’s reputation at all times.  Totally discrediting any criticism that might be levelled at her/him and will attack any sibling that might have the audacity to voice some negative feeling towards them.  The parent will encourage this hostility between the siblings because it makes them easier to control and means that they will not gang up on them.

The golden child will have inherited privilege and attention, but they know that they have not earned it.  Often it is because they are simply the first male child in the family who has shown no special talents but they have been elevated into a position of privilege because of their gender.  This makes the golden child extremely defensive and aggressive about protecting his/her realm.  At the same time, they have an external veneer of entitlement but their behaviour belies their confidence.  If challenged for example they can be reduced to tears, have a temper tantrum or storm off.

Being a golden child often makes the cossetted child morally corrupt as they think that everything is their birth right, they are quite capable of stealing, fraud and infidelity.  The parent who favours the golden child  will continue to protect them with a completely exaggerated ferocity right into adulthood and probably until the day that they die.