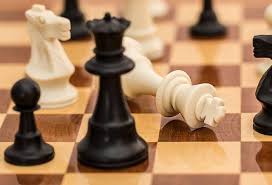 Grooming is when a narcissist goes on a publicity campaign to promote themselves as a lovely person, rational, fair and charming.  They will work hard at trying to get the trust of professionals, usually concerned with family courts where alimony, property and custody of children are involved.  They will also groom doctors, nurses, mental health professionals, social workers and anyone else who they consider useful to have on their side.  Grooming is always emotional abuse, always dishonest and always intentional.  The reason that they do this is so that the professionals who have contact with the victim will doubt or disbelieve in the authenticity of what the victim tells them.

In a setting where the abuser and the victim appear together, the abuser will seem cool, calm and collected.  They will lie with absolute confidence and will have their story very well-rehearsed.  If they do not like a question, they will just pretend to have misunderstood or merely change the subject.  They victim on the other hand will have been abused, probably over a long period of time and will be emotionally and probably physically worn out.  They will have been gas lighted to an extent where they might question their own reality and the narcissist will use this to their advantage and can manipulate in a very subtle way that can easily go undetected.  The victim will have been trained that “I might not punish you now for saying something negative about me, but I will punish you later”.  They can convey messages like that one in a fleeting glance, the slightest twitch in their face or by briefly clenching their fist.

Because this threat has been looming over the victims for a period of time they may appear to be incoherent, inconsistent and even openly lying.  The narcissist will throw their net as wide as possible so that the victim will find it almost impossible to get support and any allegations that they might make will be not taken seriously, not investigated thoroughly or simply ignored.  So, teachers, therapists, police, people in sports clubs, churches and charities will all be included. They do this to maintain their desire to have a glowing image, but also because if the victim cannot get support anywhere they are much easier to continue to abuse.  In addition, the narcissist sees this as a game and the more people that they can hoodwink or woo the bigger sense of personal “achievement” they have.

This type of institutional grooming increases the damage done to the victims because they have nowhere to turn.  Hence, they lose trust in their would-be support system and this further isolates them which means that the abuse can continue for longer.  They also lose trust in themselves.

The main core of the emotional abuse will be done when there is no one else around.  So it is the victim’s word against the abusers.  When the victim is exhausted, worn down and confused (abuse always creates confusion), the confident calm abuser might easily look like s/he is the one who is telling the truth.

A narcissist will deny, lie and twist the truth so artfully and confidently that the victim can often be numbed into silence.  They may have blocked out what was said to them on some level and be tone deaf to abuse because it happens so often and can be done in quite a subtle with some of their worst abuse buried in false concern, “I am really worried about you, you really over react to everything.  That cannot be good for your health, I think you need professional help”.  The reality is that we all want to think that our partners or family members have our best interests at heart and it is very painful to realise that they don’t, so we can often interpret their false concern as sincere even if their words contradict their actions and body language.

In a family context one parent can go to considerable lengths to discredit the non-abusive parent.  This type of grooming is always traumatic for the victim with long term consequences for both the abused parent and the child(ren).  It can also come in the form of physical abuse, sexual abuse, drive the victim to commit suicide or a narcissist can murder their victim (it is not common, but it certainly is not unheard of).  To the narcissist other people (including their own children) are just there for their game playing and “enjoyment”, so they do not care about the emotional or physical consequences of their actions and it is very difficult to prove in a court of law since more often than not it is one person’s word against another, courts demand “beyond reasonable doubt” and narcissists are such good actors, it can be very difficult to prove that they did anything wrong.  An added complication is that the abuser can accuse the victim of parental alienation, of turning their children against them.  This is a situation that does genuinely happen where usually a mother will play the victim and complain that she and her children are terrified of the husband, cry and wail about the injustice of it all, when in fact she is the abusive one.  It often boils down to who can put on the best “performance” in front of the professionals.