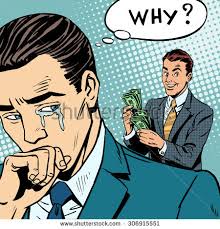 Narcissists do not like to see other people being happy, they have a pathological envy towards people are happy because they are deeply unhappy themselves behind their false persona.  They have no genuine sense of self and they cannot feel the intensity of emotions that happiness, joy and love are, it actively annoys them to see it in others and will frequently do what they can to destroy it.  Narcissistic parents do not like to see their children play happily together, they will split them up and punish one or all of them for their “disobedience” of the narcissist’s script.  They will also destroy a game that a child is playing happily on their own by sending them on an errand or giving them a job to do.

Narcissists are extremely paranoid, so if they hear their children laughing together they will automatically assume that they are laughing at them and will barge in on their children if full rage mode.  They are the same with any group of laughing people but their reaction to a public situation is far more tempered.

They do not like it when people sing to themselves or along with the radio they will sneer at you for being “out of tune” if singing alone or will either turn the radio off or turn the volume up to drown the singer out if you are singing along.  Their excuses are always something like “I have a headache” or “I love this song and you are ruining it for me”.

The same goes for dancing, if you dance they will jeer at you and tell you that you are “making a fool of yourself”, “everybody is looking at you because you look ridiculous”.  In general, narcissists have quite a stiff posture as a form of control, so it upsets them to see people dance about for the sheer enjoyment of letting themselves move to the rhythm of the music.

Narcissists find absolutely no pleasure in celebrating the happiness of others at birthdays, promotions, weddings or the birth of children and nor do they enjoy convivial company of others.  They will deny their children birthday parties, but insist that family celebrations are held at their house so that they can be the centre of attention or at least the central reference point.  When they hear of other people’s promotions or achievements they will probably say the right thing, but their tone and body language will belie their words.  This is because genuine happiness comes from the ability to know what happiness is on the inside and a narcissist does not.  They will like being with other happy people if it feeds his or her narcissistic supply, otherwise narcissists do not like to see other people engaged in any pleasurable activity.  So they will sneer at things that you create and will try to destroy your pleasure in it or literally destroy the object itself if it is a material thing. For example, they might refuse to eat a delicious dish you just cooked because they say they don’t like the flavour or put too much salt in it when no one is looking to destroy it for everyone.  They might laugh at a hobby you have by saying it is immature, too expensive or a waste of time.

Narcissists will also assume a knowledge superior to yours of all of your friends even if they have only met them for five minutes or they will deride your relationships and the people involved, they will try to get you to justify it by saying things like “what do you see in him/her? S/he is awful/so boring/so trashy etc.”.  They are quite happy to make up false rumours about a person with whom you are starting a new relationship and will endlessly say “I have heard that s/he is a… (something bad)” if you ask them where they heard the rumour they won’t be able to remember or will say something like “everyone knows that”.  In general, they will question your instincts and try to erode your confidence in your relationships by sneering at them.  They are just putting your relationships down to feel better about themselves because narcissists do not have intimate relationships with anyone because they cannot afford to due to their constant shape shifting and the preservation of their false persona.  If a narcissist feel that someone is getting too close, they will often completely shut that person out.  Alternatively, if they see the person as good supply (someone who is superficial and not going to ask too many probing questions) they may well try to force their way into your relationships by arranging dates with them or calling them (after insisting that you give them their number) behind your back, buying them presents and assuming an inappropriate intimacy that just isn’t there but is quite flattering to the new target.  They will then probably go on a smear campaign against you once they have hooked your friend.

This is a warning signal/red flag:

If you are dealing with a person who wants to destroy your pleasure in the little things in life, discredits anything that you do for yourself (or people other than them), never finds your happiness a source of joy, tries to break up fun times with others (not them) you can be pretty sure that you are dealing with a narcissist.  People who have the ability to love get excited and gain energy from other’s happiness – narcissists hate it and will do everything that they can to destroy it.