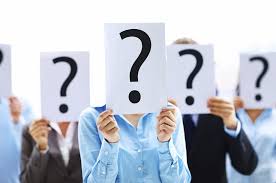 Narcissists see the world through the only emotions that they can feel which are predominantly anger, frustration, jealousy, envy and contempt.  As a result of their limited emotional spectrum they project the same limitations on to everyone else.

If you find yourself in a relationship with an adult narcissist, those thought processes may well have been ossified over the years and you will experience a reaction from them of total self- righteousness to everything that you do and say.  They cannot imagine that someone else might have a larger spectrum of emotions than they do, so when you are kind and compassionate they either think that you are doing it for a reason or are jealous because they see how others respond when you behave this way and they think that you did it to annoy them or to show them up in some way.  If you come from a narcissistic family of origin your parent(s) will project the same limited view of life on to you as a child.  That is very confusing for a child because it doesn’t tally with their intention, but they are not emotionally or verbally competent to challenge the projection, children are also hostages in their family, so they have to tow the party line or else the will be subjected to narcissistic rage, threatened abandonment, ignored or neglected.

Narcissists are obsessed with how other people perceive them (this includes people they barely know or who are complete strangers), they will very often tell you what they themselves are like and will say things like “I am a very honest person” or “I am always helping other people”.  Most people don’t do that because what you see is what you get.  Narcissist do not want to have intimate relationships, what they want is to be the centre of attention and to be admired.  Consequently, all of their anecdotes are about them in the form of either hero or victim. They are not interested in other people, including people they claim to love.  If you ask a narcissist a specific question about a family member or close associate, they invariably will not know the answer because they haven’t asked or if they were told they simply weren’t listening.  The other thing that they do is make up something that has absolutely no veracity.   They will claim to have extensive knowledge of someone who they barely “know”.

Narcissists will very often tell you who you are too (just in case you didn’t know).  Their description of you to yourself will be in the form of sentences starting with

The narcissist would have raged if you started a sentence directed at them in the same way.  Their description of you to you is what they want you to be to them.  They allocate you a role in the script that is playing out in their head and they will either ignore any evidence that contradicts that role or get angry with you for not conforming to who they want you to be.  They always have to feel “better than” so most of the comments about who you are belittle or are degrading.

You will always have to pretend to be content, they don’t want to have to deal with any negative feelings but they don’t want you to be happy and connected to others as that makes them feel uncomfortable too.  The narcissist is constantly worried about how things make them look, which is a paradox because they are trying to get their sense of self-esteem from the very people that they are not thinking about.  It is as though they think that they are constantly on stage and the people around them are just a nameless audience.  However, they know that to keep the audience engaged that they will have to give something back and this is where their ability to manipulate comes into play.  They will tell you exactly what you want to hear, make false promises and act out roles with no regard what so ever for how their actions might make you feel.  Because narcissists are like this it is impossible to be close to them.  They are unpredictable because they will say or do anything to get their own way (frequently at the expense of others), but they are also very predictable for exactly the same reason.  If you saw a narcissist showing genuine empathy you would be extremely surprised, but they don’t and that is what makes them predictable (although they can express faux empathy as a tool for manipulation to get what they want).

A narcissist knows when they are hurting you, but it doesn’t matter to them because it is not about you it is about them and they assume that you are thinking the same way.  They think that the reason that they can manipulate you is because you are a weak person and not because you are trying to accommodate and build a deeper connection with someone you thought you cares about.

So can a narcissist know you and can you know them?  In short no.  They cannot see the full spectrum of your emotional landscape and there for are suspicious about your intentions (always negative).  You will probably project a larger spectrum of emotion on to them than they actually have, because narcissists are good at talking or acting out false emotions and so they will constantly hurt you when they don’t follow through with any authenticity or genuine action.

At some level they want all of the people around them to parent them.  They have the emotional development of a toddler so they want immediate gratification from others and they want it NOW! (they do not think in the long term). In the same way that a child does not analyse their behaviour, so it is with narcissists.  Children will often be corrected for bad behaviour, it is inappropriate to employ the same strategy with an adult narcissist and they are not looking for guidance, after all they are always right.

The character of another individual does not matter to a narcissist the only thing that matters to them is that they provide good narcissistic supply.  As someone once said “I have loads of friends I hate”.

The questions to ask yourself are:

1 thought on “Narcissists do not know you”