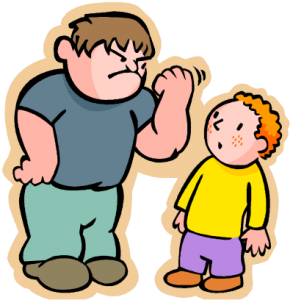 “Children have never been very good at listening to their elders, but they have never failed to imitate them.”

One of the hardest things to come to terms with when you have been abused by a narcissist is how did you let someone who is clearly a bully, volatile and unstable manage to get so much control over you.  All narcissists are abusive, purely because they only see others in terms of what they can do for them.  The more useful the narcissist perceives another the less abusive they are to them. They themselves have been brought up by parents or guardians who have dominated and controlled them through shame. This shaming can start at a very young age a child can be shamed for being “a bad baby” who kept the parents awake all night to being a bad child for being too demanding/a burden and taking the caregiver for granted.  The parent(s) will guilt their children for all of the “sacrifices” that they made for their children – like putting food on the table or a roof over their heads. The child will be taught that having emotional needs makes them weak and that they must put the needs and wants of everyone else first (as a show of strength).  The narcissistic parent(s) have to be the most important person in the family, which can lead to an endless power struggle if both parents are narcissists.

Their sense of their superiority, entitlement, perfection and omnipotence invariably means that the child has to be silenced, “corrected”, ridiculed or verbally abused if they do not agree with everything they say (as show of independence) or even have the audacity to criticise them in anyway.  This model person that they have in their mind is a false self, it is psychotic and makes them extremely unstable because they keep shape shifting to appear in the best possible light, depending on who is in front of them. They project their own sense of shame onto others to conceal their own deep insecurity and low self-esteem.

To keep people in orbit around them they instil fear and will constantly be on the attack. They will get very aggressive over the slightest thing (narcissistic rage), this might not be something that they feel strongly about because narcissists do not have any core beliefs or values instead it is to keep the other person quiet and reluctant to express opinions due to the massive over reaction they get from the narcissist. In other words it is to depress the other person, push them down and keep them down.  This is coercive manipulation and it generally starts as “jokes” and will gradually get more vicious, psychotic and evil.

Most empathetic people don’t believe that the narcissist knows what they are doing or the effect that they are having on others.  They make excuses for their behaviour and rationalise it from their back story.  The reality is that they don’t care, if it isn’t about them it doesn’t matter.  They will see kindness as a weakness to be taken advantage of and if the other person is stupid enough to be kind then they deserve it. A lot of people will tell themselves “it is not that bad”, “it is not the best worst abuse”, “s/he isn’t physically violent”, but it is, it is death by a thousand cuts, it is intentional and consistent albeit sometimes in cycles, a push you pull you situation. Shame derives from judgement, silence and secrecy and if this combination of attributes were started in childhood it is very likely that as an adult that person will have to do a lot of psychological homework to undo the damage.  Self-love is hard to learn if a child has been brought up being treated like their feelings don’t matter, they are a burden if they make any demands, not to express any independent thoughts/feelings (a narcissist will tell you what you should think and feel – which incidentally can change on a daily or even hourly basis). They constantly violate boundaries, interrupting, talking in a very loud voice, assuming that they know why you behaved in a particular way or said a particular thing and will attack when you try to correct them, because they are always right and you are always wrong and they will project their negative mind-set on to those around them.