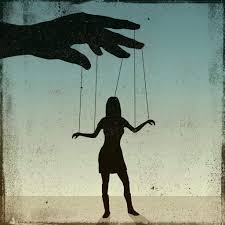 Coercive control is a form of ongoing bullying and terrorism used to instill fear/insecurity and to create confusion. The abuser will use tactics, such as limiting access to money or monitoring all communication, they will check your phone but stash their own phone where you cannot find it (it isn’t unusual for the narcissist to have two or three phones).  They will frequently negate every opinion that you have, telling that you are “wrong” and will continue to “correct” you on things that are factual and you know them to be true. The way that they do this is by monitoring your activities.  This can be done by popping by (because they happened to be in the area) when you are out with friends.  They can phone you to see if the background noises are concurrent with the activity that you said you were going to attend they will want your social media passwords and demand to be able to see content (if you don’t have anything to hide why won’t you let me) but will not share theirs.

They will isolate you from you from your family and friends, they will do this by being so unpleasant around them that it becomes awkward for everyone except the narcissist – because they are working on a deliberate strategy to remove you from any support you might have and they definitely do not want their behaviour to be discussed.  Coercive control happens very gradually and they are not highly controlling all of the time, so there is a push pull behaviour pattern and you never know who is going to turn up, which in itself creates tension because you can never relax.

Adult narcissists will try to control all the money coming into the household, they will use numerous ways to gain control: faux “I will take the arduous job of money management off your hands”, if they wat a joint bank account early on in the relationship, this is a warning sign, they have been known to completely empty a joint bank account for their own entertainment/purposes, without consultation and without any sense of guilt or remorse.  They may insist on a receipt for absolutely everything you buy, ranging from cups of coffee to new items of clothing.  This is an additional way to monitor your activities.

Narcissistic parents are very controlling with the money they give their children.  For example, they will not give them pocket money so the child(ren) have to negotiate for everything with the parent, this gives the parent a feeling of power. They might refuse to bring their children to school or community sport events, the message is I tell you what you may and may not do.  “If I don’t like it we are not doing it”.  Some mothers will buy their children age inappropriate clothing to infantalise them and keep them in orbit around the parent.  They may refuse to give them lunch money at school which isolates their children from their class mates.

They will gaslight, signs of which include:

Leave a Reply to ELIZABETH A WALLACE Cancel reply