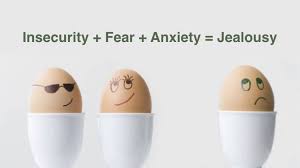 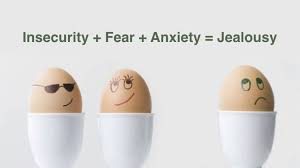 Narcissists are masters in the art of redirecting anger from themselves on to others.  They are especially proficient at this when dealing with their own children.  All children of narcissists are angry with their narcissistic parents because they were brought into this world with parents who absolutely were not prepared to do the job they signed up for and got angry and defensive with their children for making demands on them or pointing out their short comings.

A child knows instinctively that a parent is supposed to support and protect them, listen to their woes, ease their pain and above all make them feel safe and loved.  Our culture reinforces this all of the time.  Narcissistic parents don’t do this.  What they do is they make their children feel as insecure as possible so that they can control them through fear.  Fear of abandonment and fear of their visceral rages.

The narcissist parent knows that their children are angry with them and will select someone else to take the brunt of this rage.  If there if more than one child the parent will select one of their children to be the dumping ground for the collective pain and anger within the family system (aka the Scapegoat).  This is done by modelling to the other children that it is okay to bully their sibling by actively going on a relentless smear campaign against that child and by punishing their other children if they offer any support to that child.  This can be done verbally,  or simply by giving an irritated twitch or glance or by punishment (children of narcissistic parents are very reactive, they live in a state of danger management and are always on high alert for potential punitive measures.

The narcissist parent(s) will take everything away from that child that they can.  They will attack their self-esteem and confidence and they will isolate that child so that they have absolutely no support network within or outside the family that might validate that they are being treated unfairly and cruelly.  The treatment of the scapegoat child will be peppered with acts of “kindness” (always done publically) to keep that child in a state of confusion to the point that they do not trust themselves and to make sure that no one would believe the child if they told someone of their parent(s) behaviour.

Amongst adults the narcissist will redirect anger by creating false rumours or attributing cruel things that they said to other people, through triangulation , they will lie about other people and sometimes in a group of friends will try to create animosity within a group so that they can control the dynamic and be the centre of attention.  If you get angry with a narcissist for something they did, they will either launch a counter “attack” by saying “well you…”, flatly deny that they took the action or blame someone else.  If they cannot get away with any of those ploys, they will become unreasonably upset about the criticism so that the other person feels obliged to at least back down.

Narcissists will often have a person in their lives who they treat like an idiot and who they can “blame” if anything goes against them.  This person will be ridiculed behind their back and the narcissist will openly say abusive things to this person.  Very often, because the things the narcissist says are so outrageous that the side kick thinks that they are joking.  They may be said in a light tone, but they are not joking.  The narcissist takes the avoidance of all responsibility and culpability very seriously.

It is common for example in detective programs for the “leader” of a team to have a side kick, for example detectives like Hercule Poirot and Hastings or Sherlock Holmes and Watson, they treat their side-kicks with total disregard, treat them like idiots, completely disregard common civil niceties, they bark orders, have no consideration for the fact that their side-kick might have a private/social life and get angry with them when the “leader” gets it wrong or misses something in their investigation.  It is a common pattern and it turns up again and again.

The other thing they do is to attribute something nasty that they said to someone else to try to split and create disharmony between people.

Jealousy refers to resentment against a rival/ another person enjoying success, advantage/privilege or their relationships with other people.

Envy refers to a feeling of discontent or covetousness with regard to another’s advantages, success, possessions and relationships

Pathological jealousy is where a narcissist thinks that s/he has exclusive ownership of another person.  Like when a toddler realises that he has to share his parents with a second child or his aunts and uncles with his cousins.  It is at this stage of emotional development that the narcissist gets “stuck”.  S/he does not understand the concept that people have different relationships with different people, or that if a person has a relationship with another, it does not automatically diminish the quality of one that the narcissist has with that person.

Pathological envy appears in a narcissist when they feel that they are lacking something in comparison to someone else.  This inevitably causes problems for the narcissist because it “shows them up” for not being the best at absolutely everything.  Not that they would admit to that, but it does cause a reaction.  The reaction (albeit a distorted one) will be as a consequence of the narcissist feeling an assault on his/her grandiosity or an attack on their sense of entitlement to have everything that they want.  Frequently the narcissist will attack a person who they feel “makes them look less than”.  The target of this attack will have no idea where this venom is coming from because they will have done nothing to provoke such a reaction, (other than be themselves) and will be left in a state of confusion and bewilderment.  The attack in reality comes from the narcissist’s low self-esteem, self-worth and insecurity but it is hard for most people to make the connection.  If someone is complimented in the presence of a narcissist, the narcissist can interpret the compliment paid to someone else as an indication that the person who paid the compliment sees them as “less than” and the person who was complimented as a thief, deliberately stealing the limelight from them.  The narcissist will then endeavour to punish both.

For a narcissist to admit to any of the above would be to acknowledge a weakness which they would never do.  However, they will go on the offensive if they feel threatened and that attack can be vicious and cruel but it is not about the person they are attacking, it is all about them protecting their precious ego.  It can feel very personal, but it is not – as always it is just all about them.

1 thought on “Jealousy and Envy”